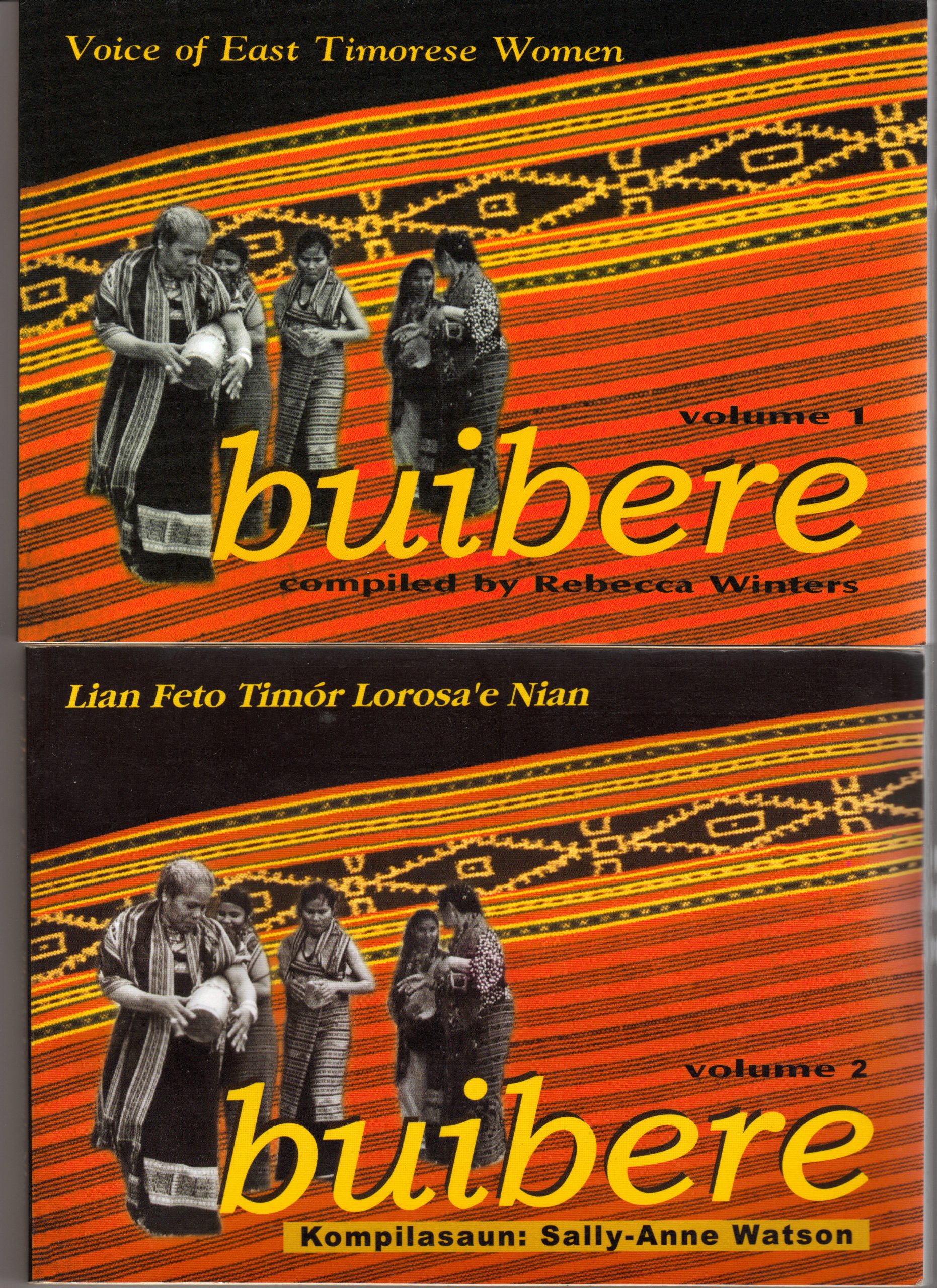 Sally-Anne Watson Kane would like to acknowledge and thank her mentor, friend and bi’in, ita bo’ot Veronica Pereira, for the professional and cultural assistance and support she provided to Sally-Anne throughout the production of the below Buibere books, and for the ongoing support Veronica provides, to this day.

If you would like to contact the copyright owners or any of the 22 East Timorese women whose stories are represented in these books, please email or phone On Time Typing, Editing and Proofreading here. Although we do not hold or sell any copies of either book, we will assist you if we can, by directing you to the appropriate person  or organisation .

In early 2002, Sally-Anne translated the whole of the Tetun-language Buibere Vol. 2 into a manuscript in the English language.

While the English version of Buibere Volum 2 (in Tetun, 2001) is similar to in some ways to Buibere Volume 1 (in English, 1999), the manuscript that is the English translation of Buibere Volum 2 contains more detailed information than Volume 1, such as naming places and people’s names that atrocities were committed (e.g. naming the people who committed a rape or massacre; or the village where people were murdered), and includes an English translation of the additional  authors’ ‘situation and aspirations in 2001’ section published only in the Tetun version in 2001.

Th English-version manuscript of Buibere Volum 2 translated by Sally-Anne has not been published. It in hardcopy format only, and is in the possession of Sally-Anne Watson Kane, held in trust for Fokupers/the Buibere women.