Our history and why we need a Treaty 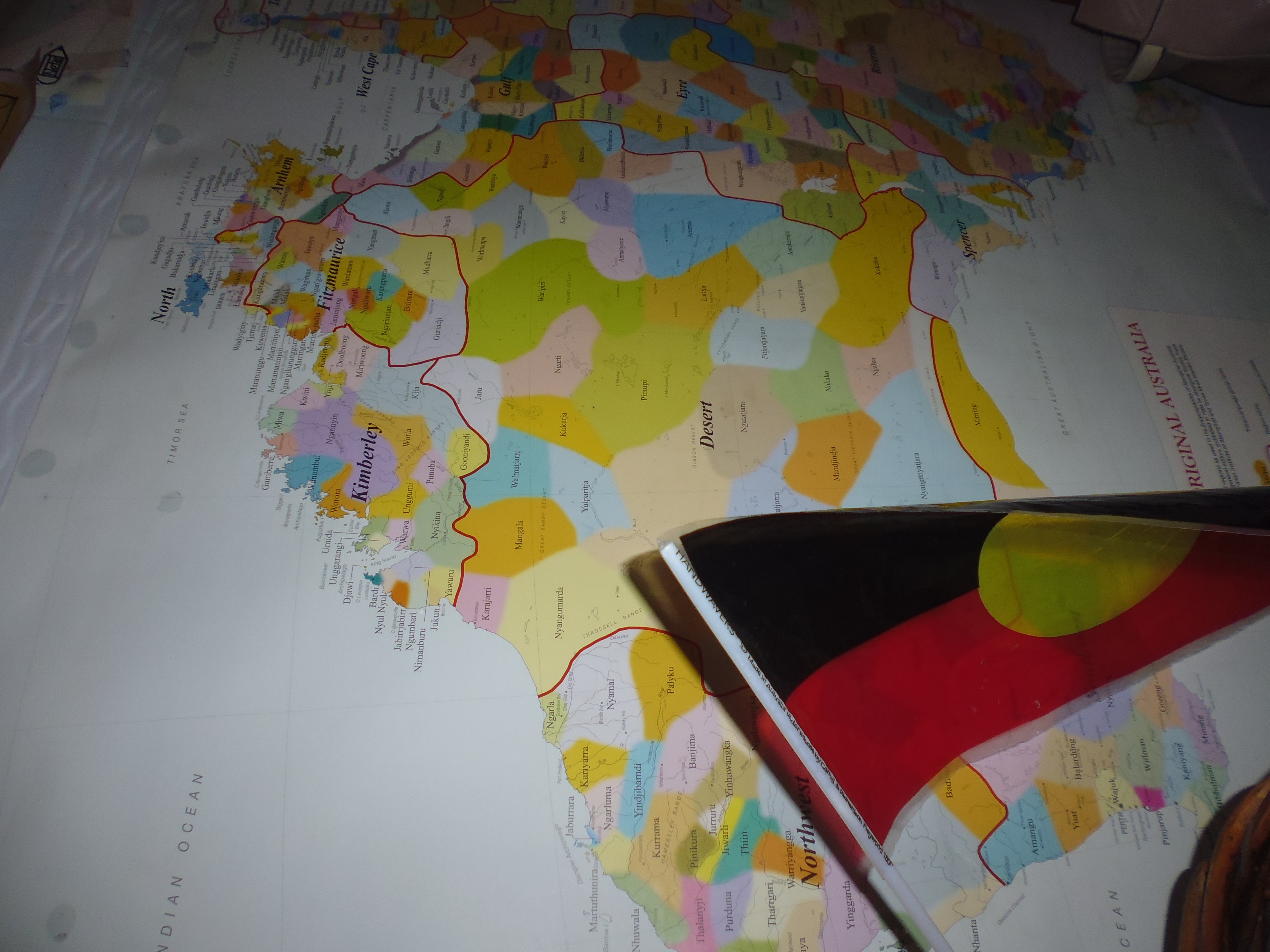 Our past = our present

The town where I live, Moe, Gippsland, has been the home of Gunaikurnai people for over 40,000 years. The name ‘Moe’ means ‘swampy country’ in Gunaikurnai. My home on the southern end of town was a natural paperbark swamp until 50 years ago when the area for miles around was drained via a channel (known as the ‘Moe Drain’). European, Asian, African, Pacific Islander, New Zealander, Tiwi Islander and Aboriginal people from other areas of Australia live in Moe. So do Gunaikurnai people. Still.

Aboriginal people are obviously aware of our history, of the genocide in this country. They live with the effects of that history and genocide every day.

Many non-Aboriginal Australians are also aware of the genocide and all the other murky parts of our country’s history but don’t want to think or talk about it, as if burying their heads in the sand will make the past go away.

But all Australians, at least those who were born in this land, share a collective memory of the past 200 years’ history of this country that includes shame and grief, guilt and fear, and lots of racism and violence. Our collective national trauma, conscious or subconscious, direct or vicarious, sometimes explodes into society as compassion, anger, racism, violent acts, grief, mental illness, creativity or some other outlet. But for many Australians, the trauma smoulders away inside. And people wonder why they get sick, and why mental illness is on the increase, and why suicide rates are so high.

In Australia, there has been no national mourning, no funeral, no burial.

There has been no national recompense for the genocide or the theft of land.

There has not even been any formal acknowledgement of either the genocide or the theft of land.

Yeah, someone said ‘sorry’ for the Stolen Generation. Some stolen wages were paid back. Different states are talking about reconciliation, based on the false premise that there was once a conciliation.

But no Australian national leader has ever said sorry for the invasion, theft of property,  genocide, or for imprisoning Aboriginal people in concentration-camp-style institutions and reserves for generations. Nobody ever talks about the stolen property that is Australia that will, like all stolen property, remain stolen until it is given back or paid for.

Most non-Aboriginal people in Australia don’t want to talk about who did the killing, who stole the land from Aboriginal families, and who’s now got the land. They don’t want to know.

But hard as it is, non-Aboriginal people need to acknowledge and talk about the genocide.

European settlers – and their militias, and soldiers, and police forces –  shot  Aboriginal people on sight – not only one by one, but massacring whole families at a time – in all the colonies in Australia during the late 1700s and 1800s in the southern states, and well into the 1900s in the northern states. Thousands of Aboriginal people were murdered during my  great-grandparents’ generation while they bought and sold ‘their’ properties. When I was born (in 1964), Aboriginal people were still non-citizens held as prisoners  (in ‘reserves’ or ‘missions’), not allowed to own property or travel without permission. In 2019, one in five Aboriginal people aged over 50 are Stolen Generation. They were removed from their families by the government and trained to be servants or labourers, and sent out to be slave servants or labourers while they were still children. This ‘Aboriginal slave labour’ continued well into the 1970s; that’s less than 50 years ago. Aboriginal people continue to be treated differently to non-Aboriginal people due to institutional racism.

We need a national Treaty

Yothu Yindi have been singing the same unwavering message to Australians for decades and are still singing strong:  Treaty Now!

A national treaty is the only way to find the path of truth Australians need to walk if we are to create a better Australia  for all of us.

Why didn’t they teach us Australian history at school?

Peter Gardner, Timothy Bottoms and Henry Reynolds and other non-Aboriginal historians and writers have been writing books about the real history of Australia for many years. Other non-Aboriginal historians have been writing, and continue to publish, books that tell a ‘whitewashed’ version paints a prettier, albeit imagined, picture of Australian history since 1788.

Aboriginal historians and writers to look out for include, among many others: