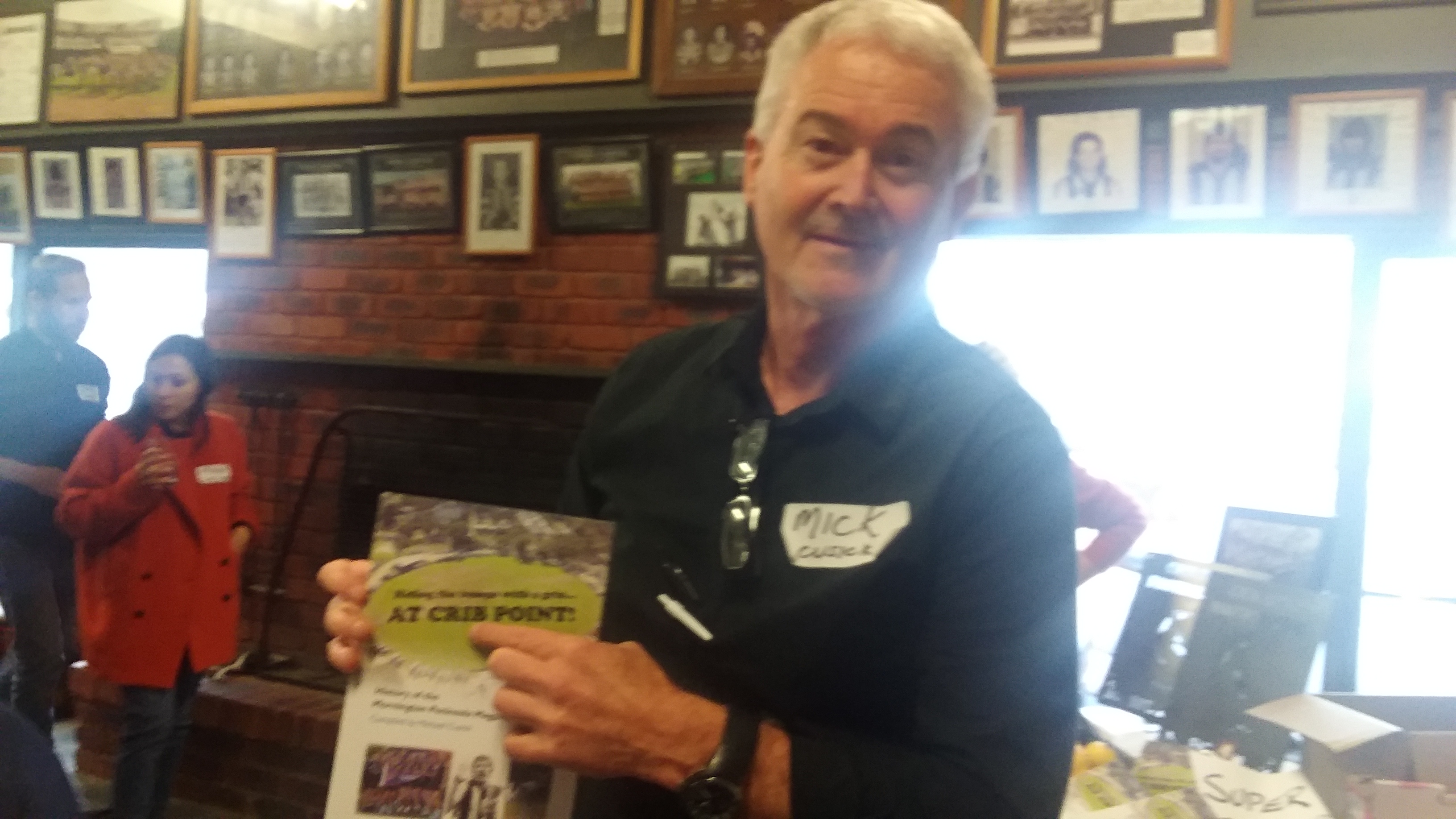 On 3rd August 2019, the Crib Point Football and Netball Club and Crib Point Cricket Club (CPFNCC) launched Riding the bumps with a grin… At Crib Point! A history of the Mornington Peninsula Magpies, compiled by Michael Cusick.

Michael Cusick, who compiled this 450-page book, is one of those great writers who are naturally good at story telling, and write just like they talk.

Riding the bumps with a grin… At Crib Point! A history of the Mornington Peninsula Magpies is a rollicking narration of the events surrounding the Crib Point Football, Netball and Cricket clubs since the earliest days of local football club in the early 1900s. Stories about how the Club rooms were acquired and moved to Crib Point. About the time the Club rooms nearly burned down. About the fantastic feats of various footballers, cricketers and netballers and the heroism of the ‘heart and soul’ Club families and other Club members and supporters. About football’s ‘Fabulous Fifties’ and the ‘Crib Point-Hastings rivalry,’ the cricket club’s formation and its ‘Famous Five,’ and about the founding of the netball club and its ‘Champions’.

But At Crib Point! gives us much more than that.

Within its 450 pages is a very clear and comprehensive account of the wins, losses and everything in between, of the Crib Point Football Club, Crib Point Netball Club and Crib Point Cricket Club. This includes year by year summaries and the ‘champions’ for each year played by CPFNCC from 1933 to 2019; and readers have noted that it’s very easy to look up different events, players or individual years in this well-planned book.

There are also dozens of fantastic photos of the football, cricket and netball played and the premierships won over the years since 1933.

In the beginnning of the book, the Club sincerely thanks, and names individually, the ninety-three local families who donated the funds necessary to get the ‘book project’ rolling and fund the production of At Crib Point! The Club acknowledges the Bunurong traditional owners of Mornington Peninsula, and dedicates this book to the ‘passing parade of players, officials and supporters’ of CPFNCC, over the years.

Never before has a tiny little club like Crib Point Football, Netball and Cricket Clubs produced or published a comprehensive, high-quality book such as this.

Michael Cusick contributed hundreds of hours, writing and self-editing this  detailed account of the history and contemporary culture of the Crib Point Football, Netball and Cricket Clubs.

On Time Typing, Editing and Proofreading‘s team of typists, editors and graphic designers produced this book for Michael and the Club. For a detailed account of the whole process from Michael’s handwritten manuscript to book launch stage, go to: At Crib Point! The self-publishing process.

By the end of the book launch at the Club, book sales had more than covered all the costs of producing the book. Since that day, book sales have raised enough funds for further improvements to the Club rooms.

The book has been and continues to be a great success story for CPFNCC. 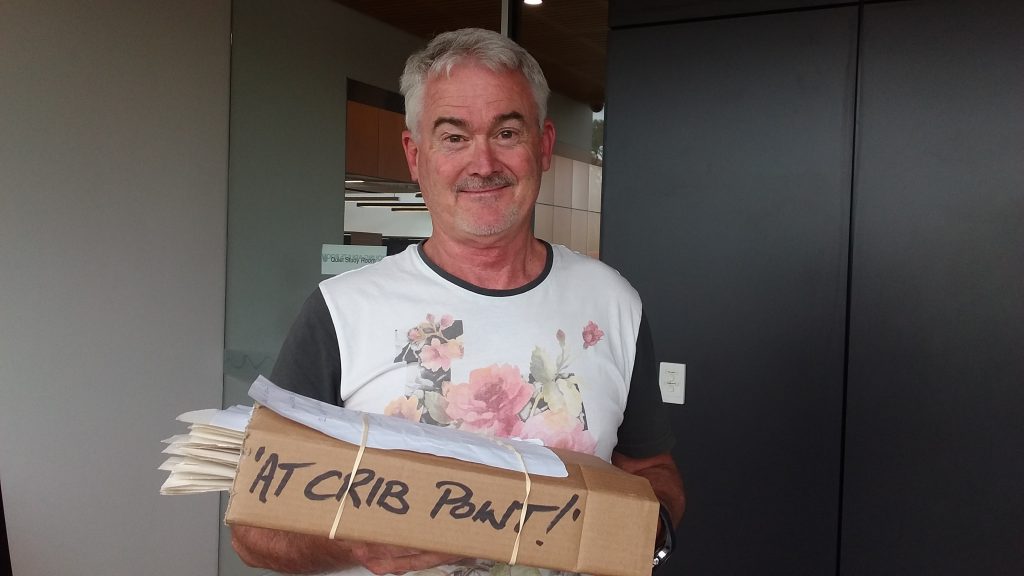 On Time Typing, Editing and Proofreading’s Claire (graphic designer) and Sally-Anne (editor), with Michael Cusick and the Final Proof – our final opportunity to correct any minor errors that have been missed. Prahran, July 2019 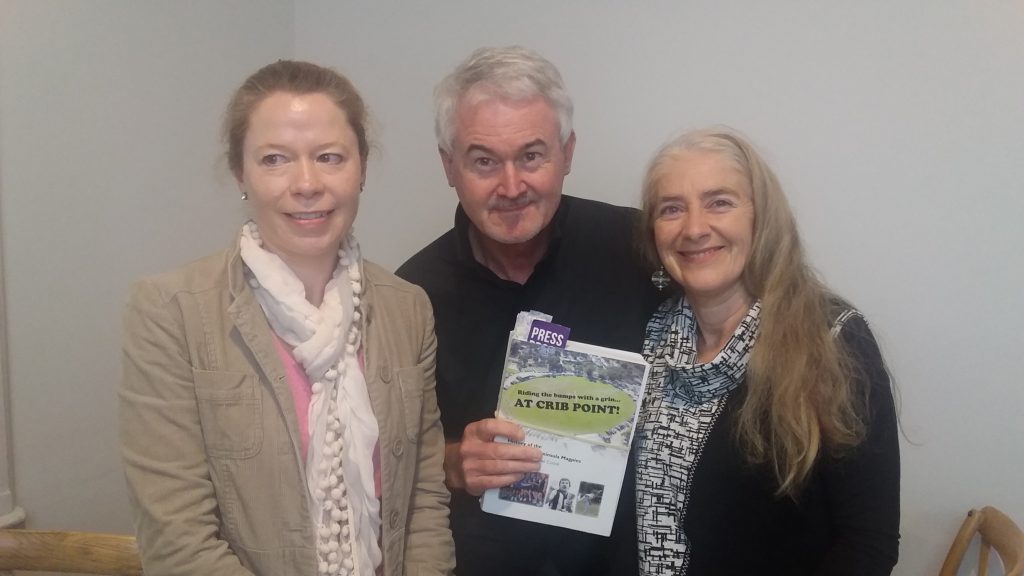 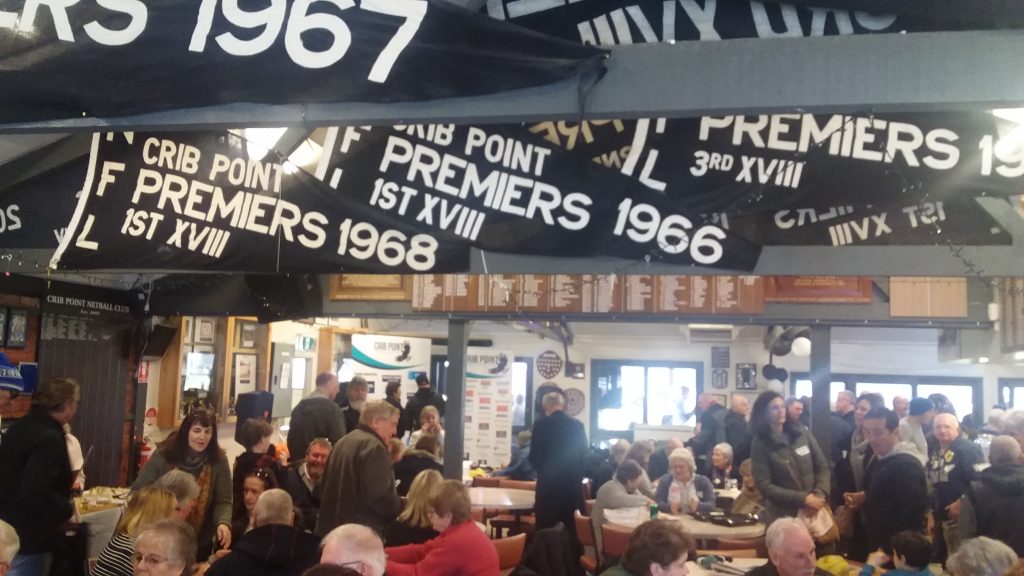 Book launch: On Time Typing, Editing and Proofreading’s typist, Ruth, and editor, Sally-Anne, with Michael Cusick and his book. 3 August 2019 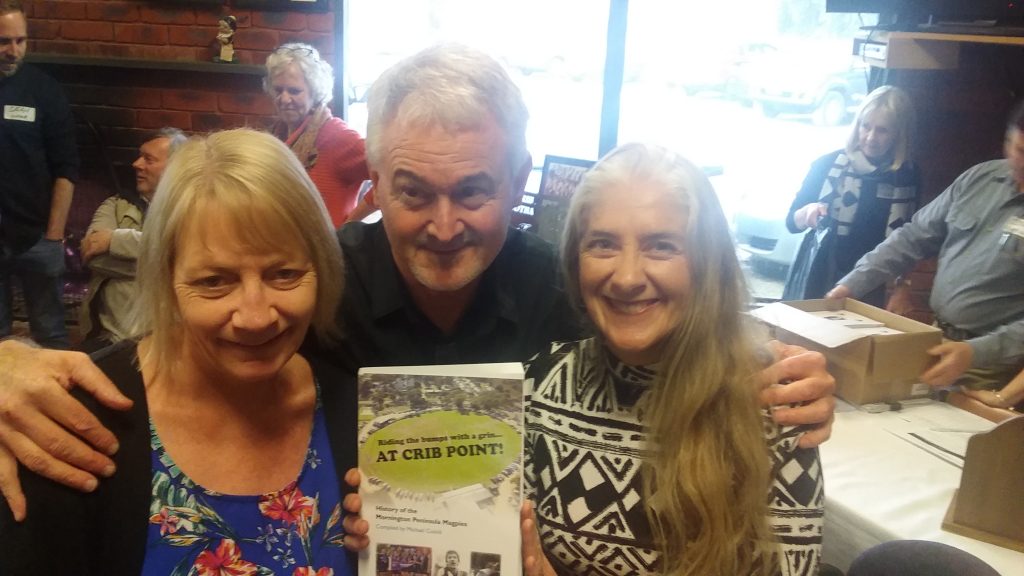 On Time Typing, Editing and Proofreading would like to thank Michael Cusick and the Crib Point Football, Netball and Cricket Clubs, including all their amazing members, for funding the production of this book and giving us the privilege of typing, editing and designing this very important local history book. It was a lot of fun and we look forward to working with Michael on his next book project (and no, Michael, we are not joking!)

Many thanks also to MinuteMan Press Prahran for being highly professional and great to work with, and doing a fantastic job on the printing.