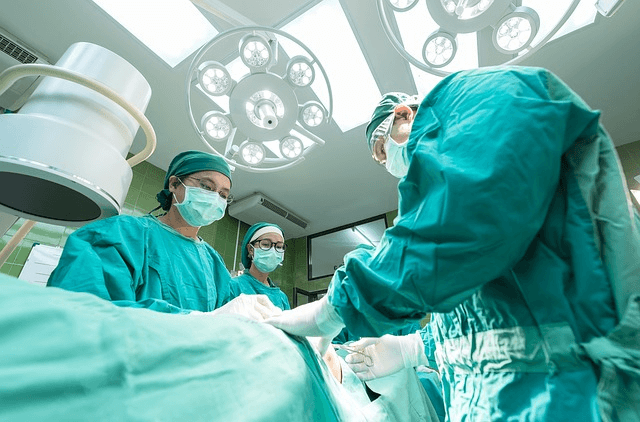 I’m sharing this story, of how the Victorian Small Business Commission (VSBC) helped me to resolve a problem, to other small business owners in Victoria so that if you ever find yourself in a financial dispute with another business, you’ll know who to turn to.

The VSBC website says their role is to ‘enhance a competitive and fair operating environment for Victorian small business’. But the VSBC do a lot more than that. Their dispute resolution service saves small businesses a lot of time, money and stress.

In 2016, a company called me up and asked me whether I’d like to purchase an advertisement in their publications. They caught me at a time when I was wondering whether I should consider paid advertising to target my particular clients and I was open to their suggestion. Over a couple of days, they showed me their company’s website which looked highly professional and confirmed they were an ASIC-registered company. They promised my ad would be placed in two publications that would be distributed to 12,000 people in an industry that is very relevant to my business. The company said I would ‘lose my place’ if I didn’t decide immediately and I agreed to purchase the ad.

The next day, they sent me the invoice for the ad but it didn’t include any GST. Alarm bells rang in my head not only about the invoice but also because I had no proof that I’d be getting value for money with the ad. I phoned the company and said they hadn’t included any GST on their invoice, and that I’d reconsidered and no longer wished to place the ad. They said they’d send me another invoice that included GST but I said no, I no longer wanted to purchase the ad. I didn’t contact them again.

The problem for me arose a month later, when the company phoned me asking for my logo image so they could produce the advert. I said I’d cancelled that ad within 24 hours of approving it, and was still not proceeding with the ad. They told me the ad hadn’t been cancelled at all and it was too late to cancel it. They called me several times, sometimes making veiled threats. Those phone calls and the invoices they emailed to me (that I didn’t believe were justified) really put the wind up me and I began to suffer from anxiety.

Then I received an invoice to pay an even higher amount from a Melbourne debt collection agency and my stress levels went off the scale.

I contacted Consumer Affairs who told me that because I was a small business, they couldn’t help me. They said the correct place to ask for help was the Victorian Small Business Commissioner (VSBC).

How VSBC helped me

The Victorian Small Business Commission officer at the end of the line was helpful and kind. She informed me of the dispute resolution process. I would lodge the dispute, VSBC would contact the company and ask them for their view then, if necessary, VSBC would organise a mediation session where both parties would meet with a mediator to attempt to resolve the dispute. She explained the Commission does not take ‘sides’ but is there to ensure due process is followed in regards to attempting to resolve the dispute; and that if it went to mediation, I would have to pay $195, regardless of the outcome.

While speaking to the VSBC officer, the enormous stress I had felt lifted a little. There was a process. The VSBC would make sure the right thing was done. That is all I wanted.

The debt collection agency put the matter on hold pending completion of the dispute resolution process. I didn’t need to speak, write or answer to the company directly. VSBC communicated with them via emails to which I was cc’d in, keeping me ‘in the loop’.

With VSBC in control, I felt in safe hands. My anxiety lowered and I began to sleep better again.

So that I didn’t have to travel all the way to Melbourne, VSBC organised a mediation session in Traralgon. The company director was overseas and attended by teleconference. VSBC told me I would not have to speak directly to the company; I would be speaking to the mediator who would act as a go-between. That was a relief. I prepared some documents (e.g. proof I had cancelled the advertisement within 24 hours). I was a little nervous but looked forward to the meeting because once it was over, hopefully I could get on with my life.

The date of the mediation session arrived. The mediator was highly professional, articulate and wise. He stressed our main goal was to resolve the dispute and he was here to help us do that. First he listened to my statement about the outcome I wanted, and then to the company’s statement about what they wanted. He asked me to step out of the room while he listened to the company’s side of the story; then the company left us while he spoke to me privately about my side of the story. He again spoke to the company, and myself, separately. He put a proposition to me and I agreed; he put a proposition to the company and they agreed; then we came together to formally agree to (and sign) our agreement. It was all over within two hours. Problem solved.

It was a great outcome for everyone.

The outcome for me was very good. I didn’t have to pay the invoice. I felt justified and relieved I’d gone to the Victorian Small Business Commission for help. If it hadn’t been for the VSBC, instead of having to pay $195 for a mediation session, I would have had to pay the company’s invoice or end up in court – which, even though I knew I was in the right, would have cost me tens of thousands of dollars.

The outcome for the company was also very good. They agreed to cancel the invoice and had to pay $195 for the mediation service. But they didn’t have to comply with my request for a signed apology for having caused me months of anxiety, stress and sleeplessness. And if not for the VSBC, the company may have taken me to court to get their money which would most likely have cost them tens of thousands of dollars.

The outcome for the mediator was good because the dispute was resolved and both parties were satisfied.

I couldn’t stop smiling because a huge weight that had been coiled around my neck and shoulders for months and months had suddenly lifted, as soon as I’d signed that paperwork. I was free again to live my life without fear or worry. Just concentrate on my business, and family. Breathe again. Be normal.

Now you know where to go for help

If you are a small business and have a run-in with another business, or a client, now you know who to turn to for advice and help.

The Victorian Small Business Commission saved my small business; they may save yours.

Sally-Anne Watson Kane is owner/operator of On Time Typing: scribing, writing, editing and self-publishing services. On Time Typing has an all-Australian team of typists and editors (subcontractors) in Northern Territory, Victoria and New South Wales. We guarantee Confidentiality, Quality and Reliability.