The normality of ‘evil’ 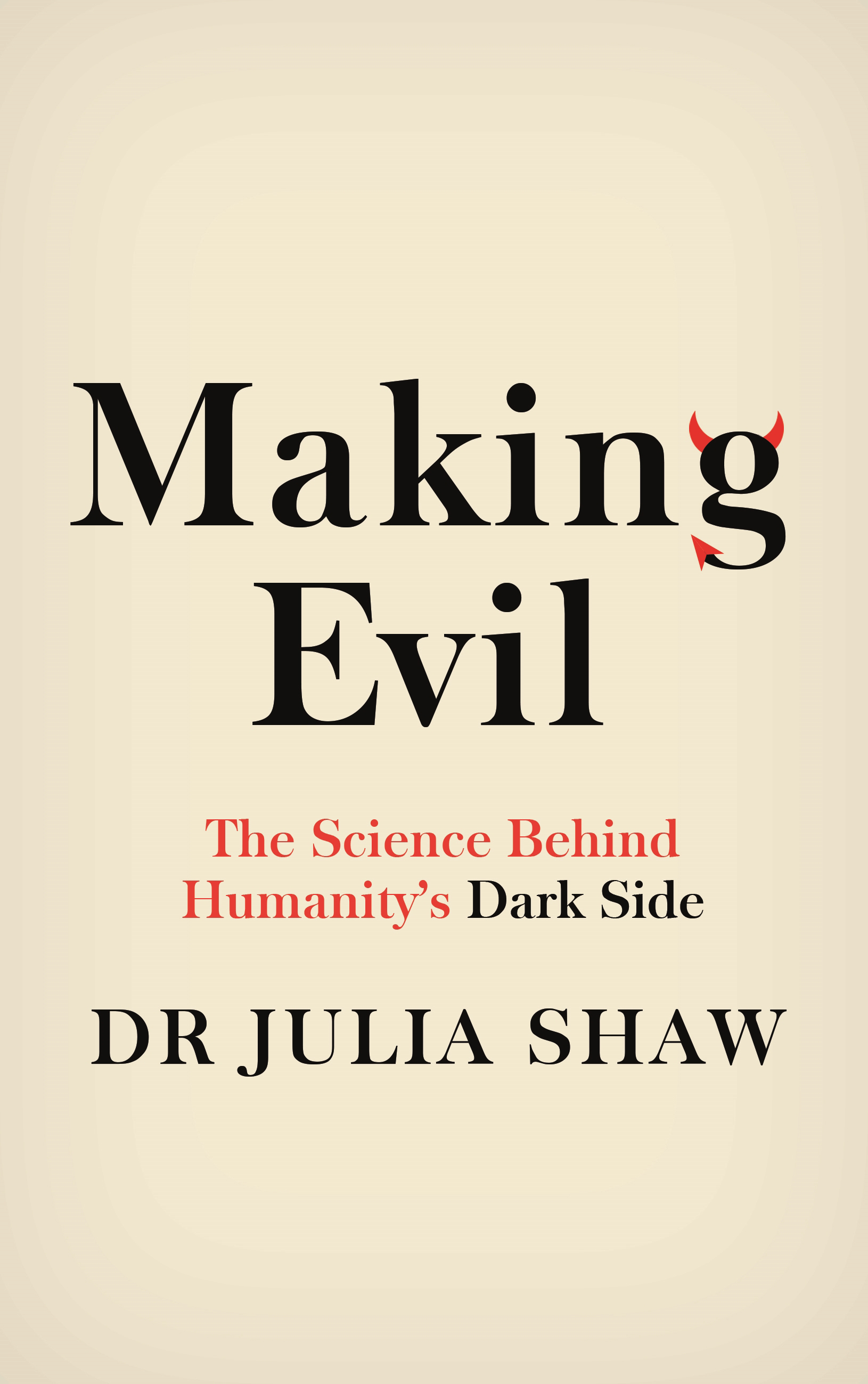 I’ve always been fascinated by evil: why some people choose to commit terrible acts, while  others in the same situation don’t. Why some people are cruel to animals and children while others aren’t. What situations or environments lead people to murder, rape or torture others? Even, to enjoy it?

The author takes you on a rollicking journey to hell and back as she explores different aspects of behaviours and people that are usually labelled as ‘evil’ (for example, rape/rapist, child sexual abuse/paedophile, torture/sadist, murder/murderer, genocide/mass murderer), and asks the reader: is ‘evil’ the best way to describe these violent, cruel or abusive acts or the people that commit those acts? Or is saying someone or their actions are ‘evil’ – that is,  abnormal and nothing you or I would ever be capable of being or doing – a cop out?

Shaw is careful to point out that she does not condone any of the behaviour described and makes no attempt to discuss the effects of any of those behaviours on their victims, because this book is not about the victims. It is about perpetrators – the makers and doers of so-called ‘evil’ – and the ‘evil’ deeds themselves.

We are all at risk of being ‘evil’

Whereas, in fact, the opposite is true: most people are as capable of committing murder as a convicted murderer.

Shaw draws on the results of lots of experiments that have been conducted over the years – some of which have definitely overstepped ethical boundaries. Based on all of those experiments, it is evident that the types of people who are prepared to carry out acts of cruelty and sadism and, indeed, as many experiments show, actually will carry out those acts given the right environment and encouragement, are absolutely ‘normal’ people. That is, they are not ‘evil’ and they are not monsters. They are just people, like you and I.

The evidence clearly demonstrates that every person has the capacity to be as ‘evil’ as the worst evildoers in history. To torture, rape, be cruel or sadistic, harm animals or children, massacre people or commit genocide.

It is our choice whether or not to commit those acts or allow those acts to happen on our watch.

Or is it? Shaw explores the fact that there are people born with a certain type of brain who are predisposed to lacking empathy and committing acts of sadism or cruelty. But she also shows that in certain situations, people who are not especially predisposed to those things may also choose to behave cruelly and sadistically towards other human beings or  animals.

One chapter in the book covers paedophilia (and its close relations, hebephilia and ephebephilia) which Shaw explains is a ‘paraphilia’ – that is, something people are born with, rather than a ‘lifestyle choice’. Most paedophiles do not act out their sexual orientation (that is, their paraphilia) because they lack the opportunity, or fear the law, or understand that those actions would abuse and cause pain to the victims. People who sexually abuse children generally not only lack empathy for their victims, but are also unaware of – or refuse to acknowledge – the harm they are inflicting on their victims. Therefore, Shaw (and others) recommend that paedophiles be educated about the effects of their behaviour on victims, and to empathise with victims, rather than be merely locked up in prison for years and then, when released, continue to sexually abuse children.

Who will enjoy this book

You may call me weird, or far too curious, but I found Shaw’s coverage of not only paedophilia, but all the ‘taboo’ subjects she discusses, refreshing, entertaining and, in general, a jolly good read. The author has shown great moral courage in researching and discussing these taboos without ever condoning or judging any of the behaviours or people, even the ones that make us shrink back  in horror. Well done, Dr Julia Shaw.

Being an editor, I also need to note that the book was perfectly edited.

If you too are extremely curious about evil – the different types of ‘evil’ in the world, the minds of evil-doers, and what it would take for a normal person like you or me to commit an evil act – you will definitely enjoy this book!